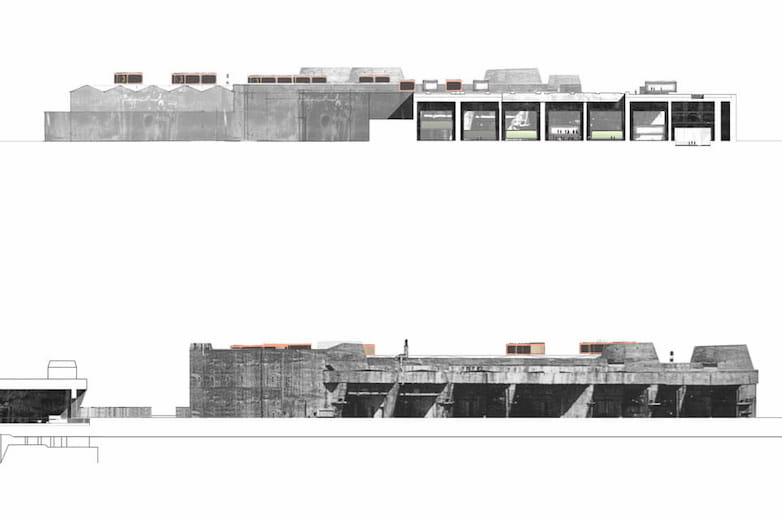 Redevelopment of the currently semi-derelict, post-military landscape of the Keroman base. The first tools in the process of redevelopment are the demolition crane, concrete crusher and compactor. Natural light is introduced into the heart of the bunker structures by excavation and partial removal of the existing roof slabs. Using material taken from this partial demolition, the existing boundaries of the former naval base are redefined by the creation of a series of new building 'fields'.

These new open plots are made available to the town as public grounds, boatyards, and fresh building plots. Small house-like buildings are proposed for the raised field spaces of the bunker’s roofs, and new enclosures and uses are established within the transformed bunker cells. The ultimate aim of the project is to support the creative appropriation and resettlement of this former military landscape by the people of Lorient. 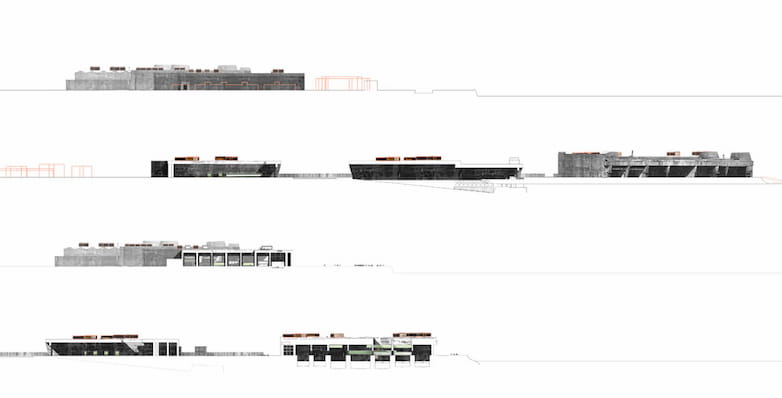 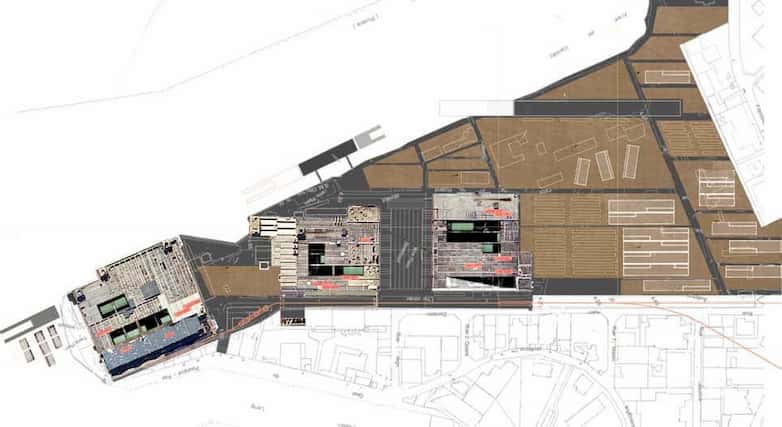 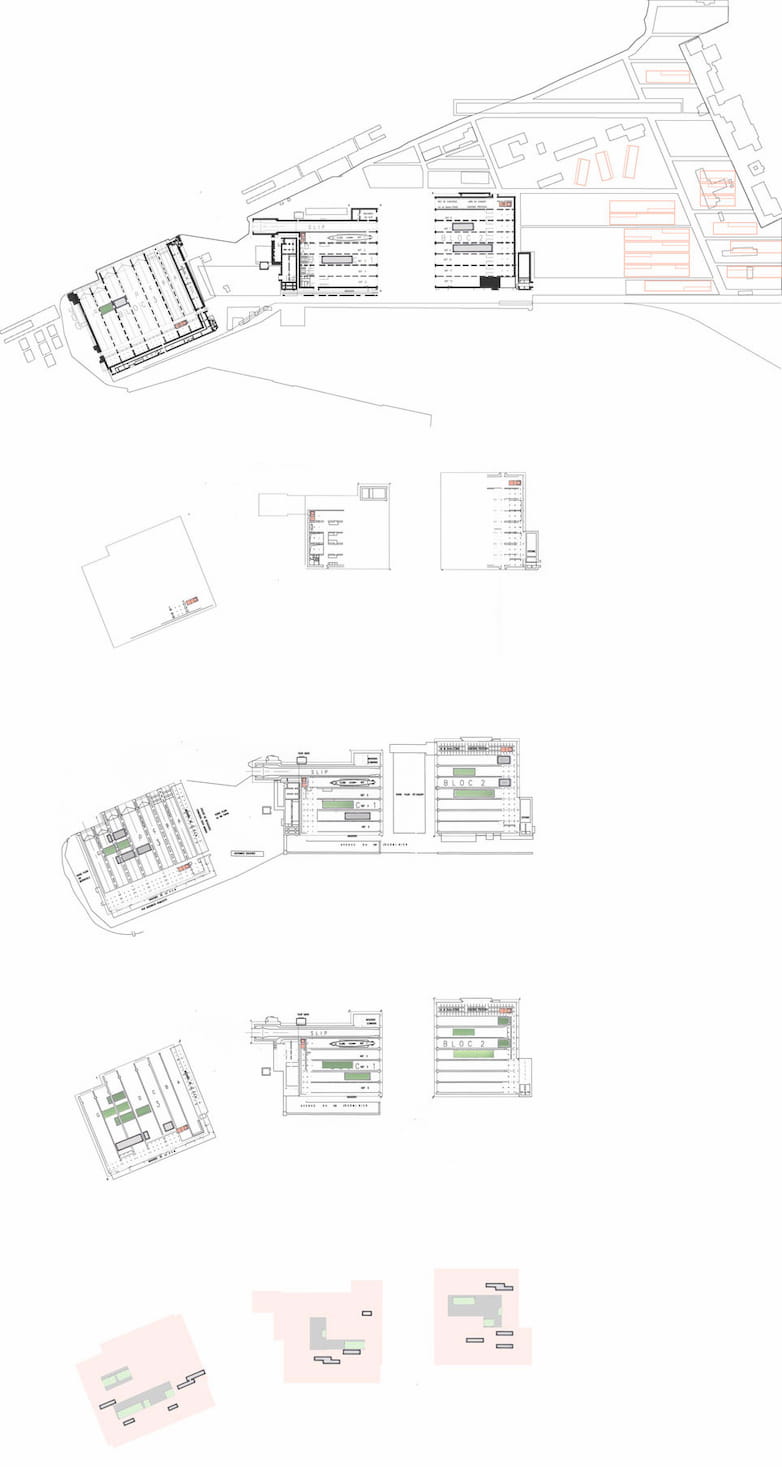 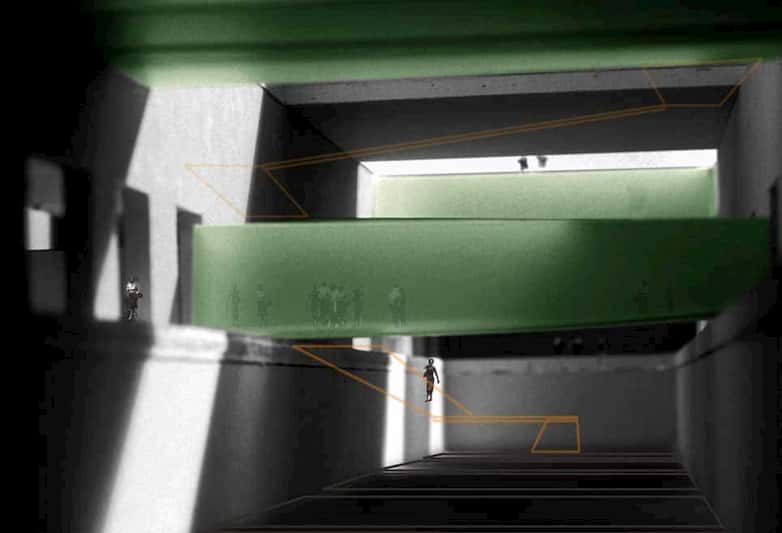 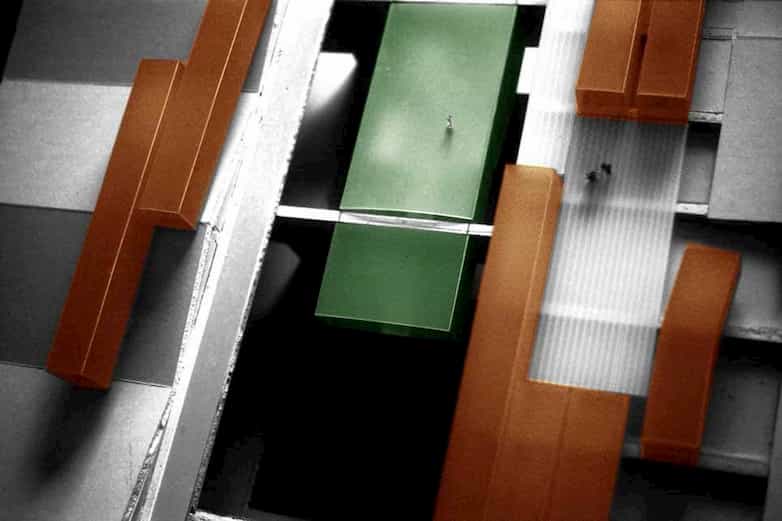 Model view|rooftop accomodation and new cut into fabric of bunker. 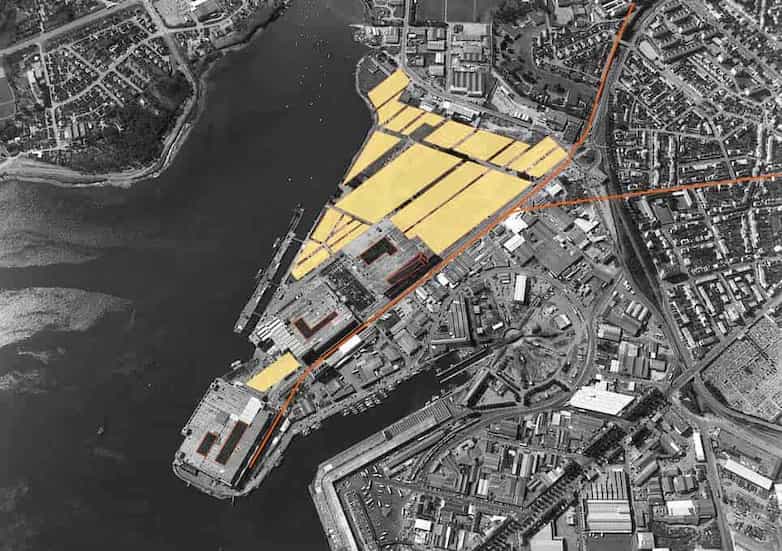 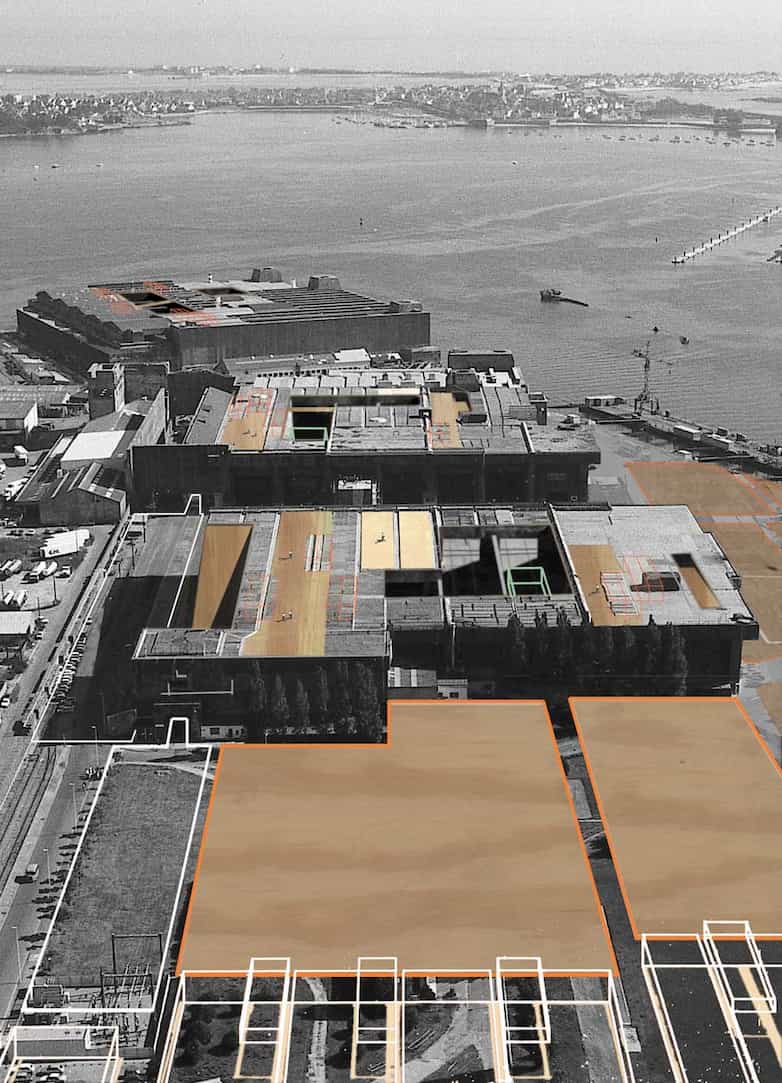